Lori Severson has spent a lifetime championing, empowering and lifting up women through her coaching, teaching and writing. Lori believes the way you lead as a woman is your greatest strength. When women create harmony within, they increase satisfaction, graceful results and harmony with others.

Lori’s career has been one marked by stepping into her own power, being the creator and shaper of her career path and inspiring others to take their own path.

Fueled by her ambition and a genuine love for developing others at a young age, Lori earned her Bachelor of Arts in Interpersonal Communication from Arizona State University. While earning her degree, Lori discovered a passion for higher education and residential life, and decided to pursue a professional career at ASU. For the next three years, Lori served as a Hall Director, mastering the art of managing others, maintaining a budget and honing her interpersonal skills. Lori also pursued her Master’s degree in Organizational Communication before setting her sights on her next career phase.

When Lori learned more about the corporate training and development world as a career pursuit, she said to herself, “Wow, this is like higher education for grownups. I want to do that!”

A teacher of Lori’s set her up with an internship at McDonnell Douglas Helicopter Company, which later developed into a fulltime position as a management development trainer. Walking into the office on her first day, Lori heard an announcement over the loud speaker from the president: “One year from today, we’re going to have layoffs.” Lori, the eternal optimist, said to herself, “Great. I have a year to prove myself.” Lori achieved that goal and survived the layoffs and stayed at McDonnell Douglas for another two years. Although the opportunity helped Lori carve a niche for herself in training and development – work she discovered she loved – she went searching for a better environment.

Lori moved to Honeywell and although she was doing more training and development, she disliked many of the technical aspects of the job, like training factory workers on how to assemble the circuit boards. Lori found herself as the undercover feminist, masking her true potential to fit into the work atmosphere for nearly three years.

When General Electric recruited her as Director of Human Resources, her answer was a resounding yes. The role expanded Lori’s skillset after an internal merger left her to do traditional HR work like compensation, internal communication, building new policies and establishing new hiring procedures. After mastering this environment, Lori was itching to try something new.

That next opportunity was with Intel as an HR team leader. After moving to several positions across the business, Lori was put in the position of truly effecting leadership change at the executive level. But Lori had to petition for that chance. She negotiated a small budget to hire a coach for herself, who challenged and inspired Lori to set her sights on becoming a coach herself. She became an International Coach Federation accredited coach, and extended her newfound expertise throughout Intel, working one-on-one with leadership, designing professional development programs for leaders and internal coaches; speaking at external conferences and traveling frequently.

Coaching full time as an entrepreneur emerged as Lori’s mission; she found women, in particular, needed her coaching the most if they wanted to excel in the corporate world. In the pockets of her free time while working at Intel, Lori began building her coaching business. Lori began seeing that layoffs were imminent at Intel. When her boss called her while on vacation to deliver the news that Lori’s position had been cut, Lori jumped up and down with excitement. “You just made my day!” she told him. Then she added that she was spending her vacation at a coaching conference; the severance package would help her fully launch the business she had been working so hard to build.

Lori’s training and development background translated well into entrepreneurship, and Lori landed a year-long contract with a local utility to facilitate a Leader as Coach program. She also worked with two large Banner Healthcare hospitals to develop more coach-like leaders. What started as a six-month contract with Banner in the realm of leadership development and coaching became a long term engagement with the contract being extended multiple times. She has done similar work with a National Cancer Hospital as well.

After a slew of changes in her personal life, including her mother dying, Lori set out to purge old items, including already-read books that had amassed on her bookshelf. As she sorted through them, she marveled at how so many of her colleagues had written books. “Maybe I should be writing,” she said to herself.

It was an idea that never left her, and Lori signed up for a book writing workshop, fully expecting that she would eventually a write book about female leadership. But another book idea emerged that completely took Lori aback: her first book was meant to be fiction. The idea of a woman’s relationship with a humpback whale came to her in that workshop, and Lori immediately went to work writing. Seventeen months later, Lori debuted her book, An Unexpected Journey: One Woman’s Whale Tale, which became an Amazon bestseller.

Interestingly enough, An Unexpected Journey was the result of a culmination of Lori’s career history of empowering women, helping them step into their power and making the world a better place, as a result. Lori continues to coach and write on topics that move her – related to women as leaders

Lori’s next book on harmonic leadership targeted at women leaders is in progress. Book is anticipated in 2022. 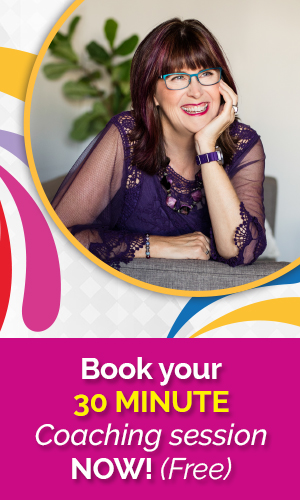 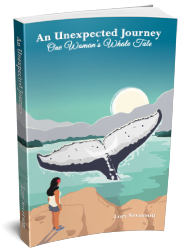